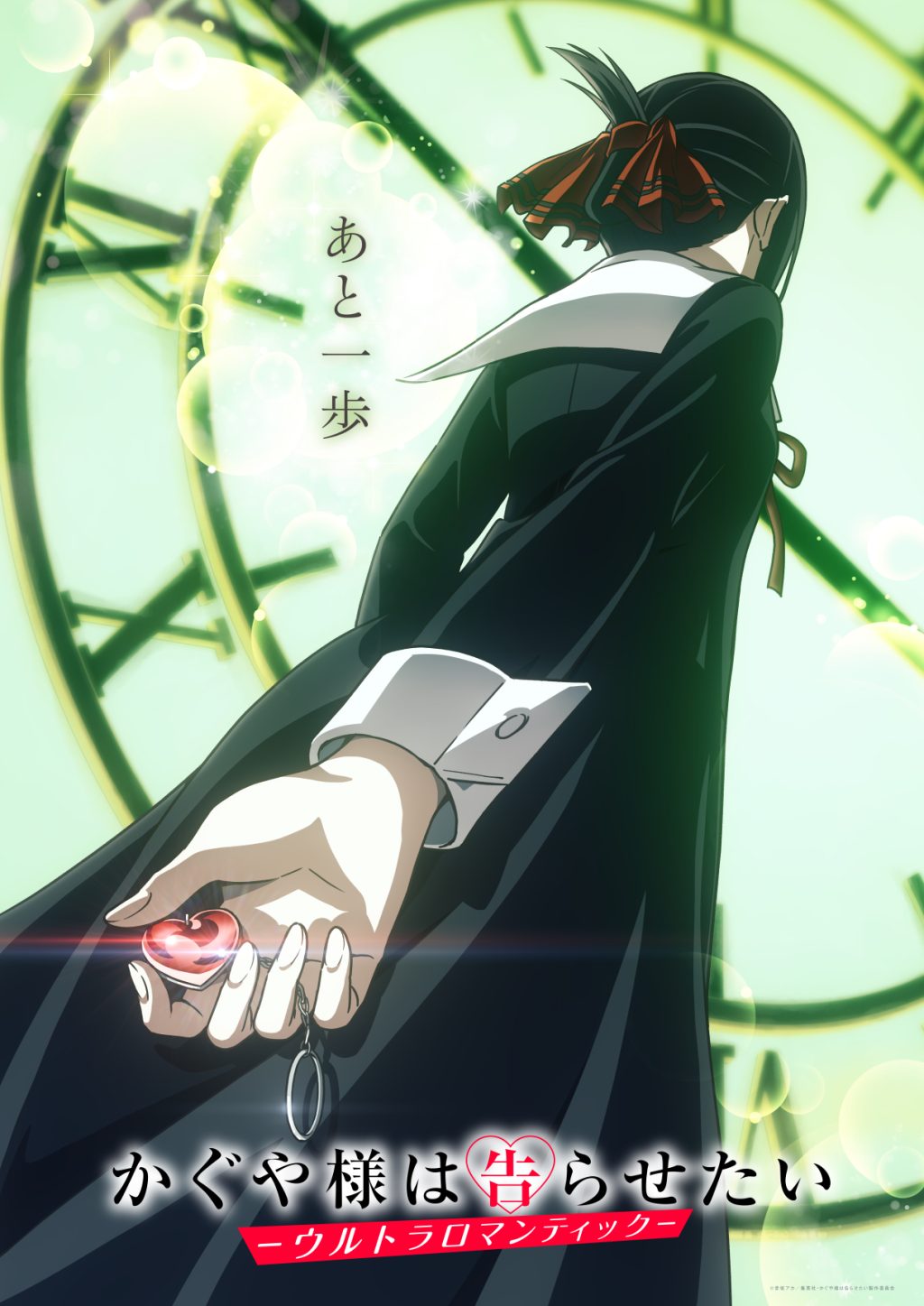 Kaguya Sama franchise revealed a brand new promotional video for the third season of the anime which is titled Kaguya Sama: Love Is Struggle – Extremely Romantic – that includes the opening and ending theme songs of season 3.

Masayuki Suzuki might be returning to carry out the OP theme tune “GIRI GIRI“. The OP can even characteristic Su, who’s in control of vocals and guitar at SILENT SIREN. Suzuki had carried out the OP for each Season 1 and Season 2 of the anime.

The ED theme “Coronary heart is a large number” might be sung by Airi Suzuki. Suzuki had earlier featured in Season 2’s opening DADDY! DADDY! DO!, together with Masayuki Suzuki.

The PV additionally featured the published timings of the anime which was revealed earlier on the web site. Kaguya Sama Season 3 will begin airing on April 8, 2022. Will probably be broadcast on TOKYO MX, BS11 and ABEMA at 24:00 JST. A whole checklist of broadcast timings might be discovered on the official web site.

The franchise additionally launched a brand new key visible on March 18, 2022 to commemorate the airing of Kaguya Sama Season 3. The anime can even be getting its first ever particular exhibition to rejoice the discharge of Season 3.

Mamoru Hatakeyama is returning to helm Kaguya Sama Season 3, with Yasuhiro Nakanishi taking on the position of sequence composition and Yuko Yahiro being in control of character designs. The opposite returning workers members embrace;

Magic capsule might be dealing with the sound manufacturing of Kaguya Sama Season 3.

Together with the workers, forged members too are returning to reprise their roles within the third season of the anime.

Kaguya Sama: Love Is Struggle is a manga sequence written and illustrated by Aka Akasaka. It started serialization in Shueisha’s seinen manga journal Miracle Soar in Might 2015 and was transferred to Weekly Younger Soar in March 2016.

The manga formally entered the ultimate arc within the forty fifth problem of Shueisha’s Weekly Younger Soar. It at the moment has 17 million copies in circulation.

A 12-episode anime tv sequence adaptation by A-1 Photos aired in Japan from January to March 2019. A second season aired from April to June 2020. An OVA episode was launched in 2021.