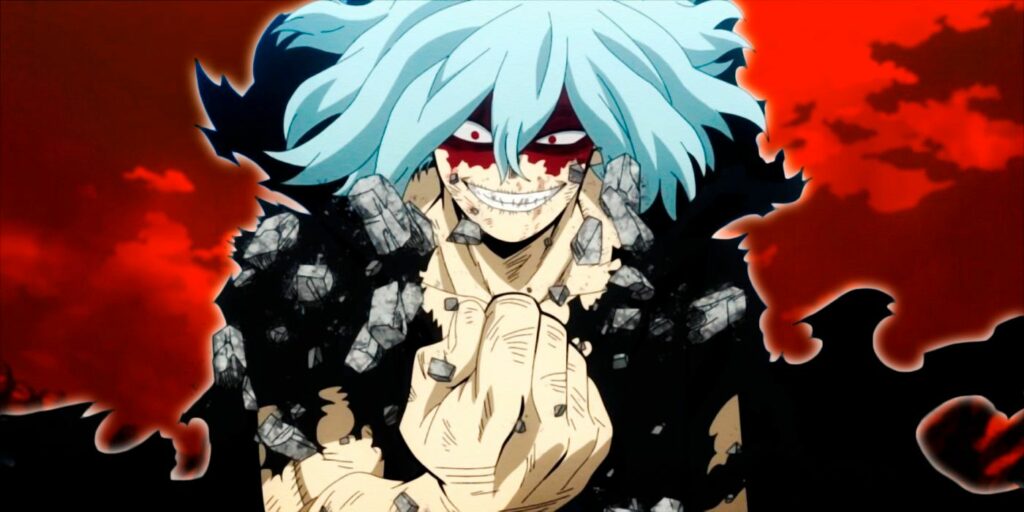 My Hero Academia‘s remaining warfare arc has delivered one other thrilling high-stakes match-up. The earlier chapter noticed UA’s Large Three — product of Tamaki Amajiki, Nejire Hado and Mirio Togata — promise to carry the fort as the college’s remaining line of protection and stop anybody else from getting damage. Chapter 360 confirmed simply how formidable their boast was, as Shigaraki Tomura is changing into more and more troublesome to cope with.

When Nejire first started attacking, Bakugo was very practically hit by pleasant hearth. She fired a pointed beam of vitality dubbed Nejire Pike at Shigaraki — however as an alternative of dodging it, the villain merely positioned Bakugo inside its path. On the final second, Nejire managed to divert her beam and narrowly averted impaling Bakugo, displaying off her improved management over her Wave Movement Quirk.

Within the midst of the chaos Shigaraki created in pursuit of Amajiki, Mirio deftly slid via all of the mass of flesh and plucked Bakugo out of Shigaraki’s arms. After easily transferring him into Greatest Jeanist’s care, Mirio steadied himself to face the villain. He quickly discovered that though his Permeation Quirk allowed him to flee any damage from Shigaraki’s raging Easy Development, he would not be capable to trigger important damage together with his restricted energy.