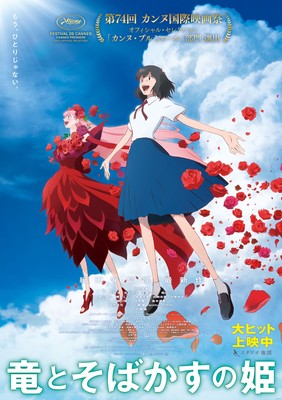 Indonesian movie distributor Feat Photos introduced on Tuesday that its screening of Mamoru Hosoda and Studio Chizu‘s new BELLE (Ryū to Sobakasu no Hime, actually “The Dragon and the Freckled Princess”) anime movie in Indonesia will open on January 12.

BELLE opened in Japan on July 16, and topped the field workplace for 3 consecutive weekends. The movie has IMAX screenings in 38 theaters all through Japan. The movie has earned a cumulative whole of 6,397,159,950 yen (about US$56.44 million) as of October 10. The movie is Hosoda’s highest-grossing movie. MX4D screenings for the movie will open on October 22.

Hosoda (The Lady Who Leapt By way of Time, Summer season Wars, The Boy and The Beast, Mirai) directed and scripted the movie, and can also be credited for the unique work. The movie marks Studio Chizu‘s tenth anniversary. Taisei Iwasaki (Blood Blockade Battlefront, Dragon Pilot: Hisone and Masotan, The Bare Director) is the movie’s music director and composer.